Savings and Credit Cooperative Society Limited
Cent-Cent is a world class, 100% digital, technology driven Savings and Credit Union. It is a member-owned Financial Service Cooperative where members can save money, build capital, access credit and benefit from economies-of-scale such as bulk discounts. Members also learn more about wealth creation. By depositing  into the Cent-Cent savings account known as the Common-cents Pool, members pull their financial resource together to create one huge fund.This fund can be used to secure profitable investments that go further and earn more than is individually possible. Since all members are shareholders, all members have a share in the profits. 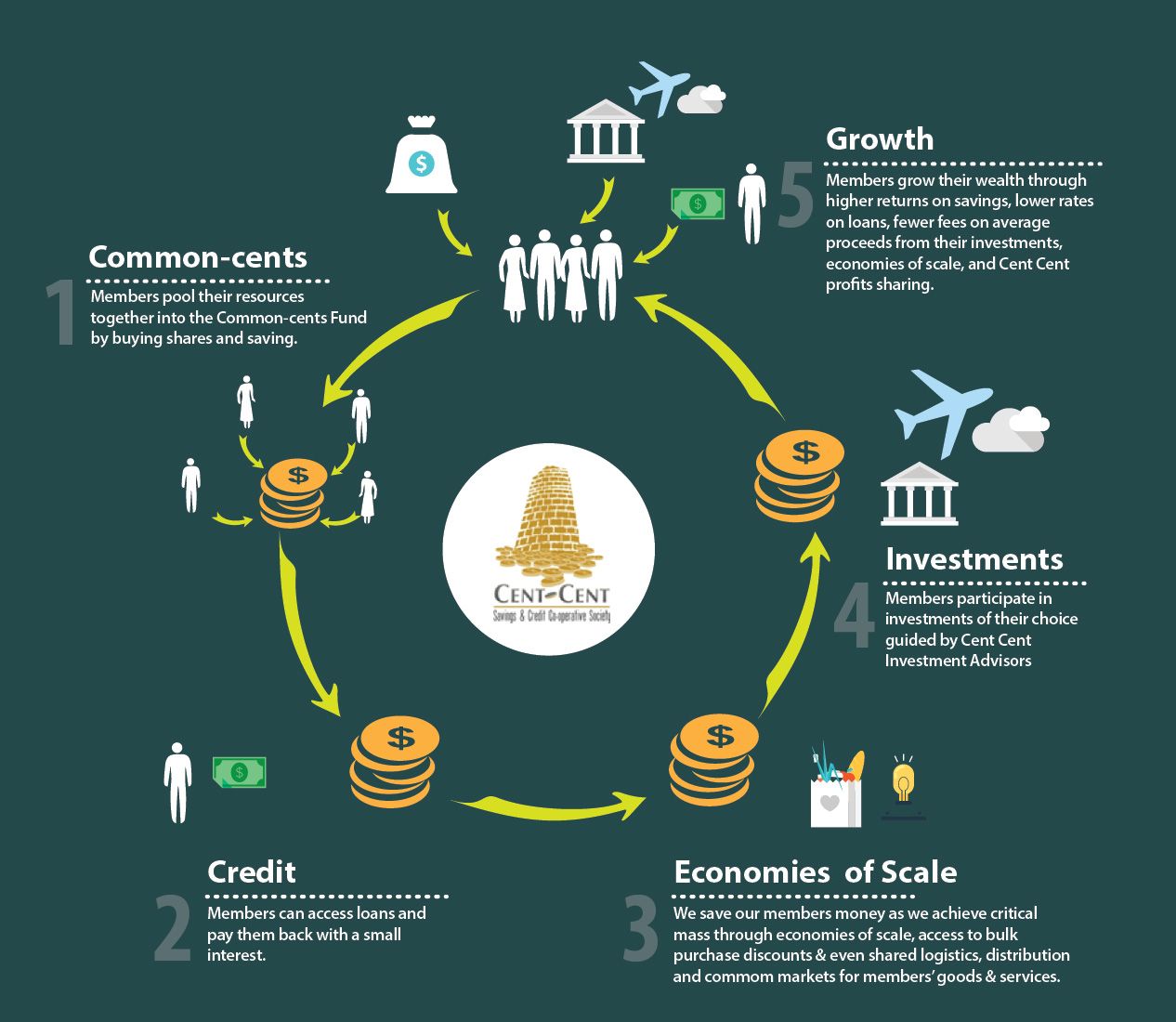 What is a Credit Union?

Credit Unions vs. Other Financial Institutions

SACCOs around the World